Environmental management and conservation is a high priority at Zevenwacht. To this extent we conserve some 80 hectares of Renosterveld to the Bottleray Hills Conservancy.

Removal of invasive alien plants and the restoration and maintenance of sensitive water areas is ongoing. Zevenwacht has been awarded membership of the Biodiversity & Wine Initiative.

Zevenwacht Biodiversity:
In 2009 Zevenwacht officially became a member of the B.W.I (Biodiversity & Wine Initiative) which encourages wine-farms and estates to actively manage and conserve endemic fauna and flora. Together with I.P.W (Intergrated Production of Wine) guidelines which promotes environmentally friendly production methods as well as land management and vine management methods, we have embarked on a journey which will hopefully see more natural and ‘organic’ methods being adopted in the years to come. Currently our main area’s of concern are:

As it now stands, almost 15% of the farm Zevenwacht is a protected conservation area, with a diversity of approximately 150-200 species of flora within the 80 hectares of the Zevenwacht Renosterveld Conservancy, as well as a host of small mammals, and bird-life.
For more information about Renosterveld and/or the Botterlary Hills conservation initiative please contact the Farm directly or go to:
www.bottelaryconservancy.co.za | View our Biodiversity & Wine Initiative Certificate

Zevenwacht’s Renosterveld
Zevenwacht, a member of the Bottelary Hills Conservancy, is actively involved in efforts to preserve our natural floral heritage known as Renosterveld, for the enjoyment of future generations. The Renosterveld family forms part of the world famous Cape Floral Kingdom. While not as well known as Fynbos, it is often mistaken for it. One of the main differences between Renosterveld and Fynbos is the fact that Renosterveld grows on nutrient rich soils, while Fynbos is found on higher ground, inhabiting areas with little nutrients. What makes Renosterveld more spectacular are the hidden gems which only flower for short periods during the year mainly from August to October.

The flowers of this veld type, are truly spectacular and form part of the Capes amazing variety of bulbs and wild flowers . Zevenwacht has realized that its Renosterveld conservancy is of great importance for the continued conservation and promotion of this amazing plant family. The fact of the matter is, approximately 70% of the Renosterveld that still exists, occurs on private land.

The Bottelary Hills Conservancy was awarded UNESCO Biodiversity “Hot Spot” status and incorporated into the Boland Biosphere Reserve, which in itself is regarded as a World Heritage Site.

Environmental management and conservation is a high priority at Zevenwacht. To this extent we conserve some 80 hectares of Renosterveld to the Bottleray Hills Conservancy. Furthermore, to highlight out commitment to environmentally responsible wine production and the preservation of the rare and endangered flora and fauna within our conservancy we have created the 7even’s lifestyle range which conveys these elements to the consumer and also reflects our membership of Sustainable Wines of South African (SWSA) symbolised by the Sugarbird in its design.

Environmental management has been extended to a new solar panel installation on the cellar roof of 884 panels. The solar panels were installed early in 2021 and is part of our efforts to spare the environment by cutting down on the dependency on fossil fuels as supplied by Eskom. The energy supplies nearly all the power required by the cellar. 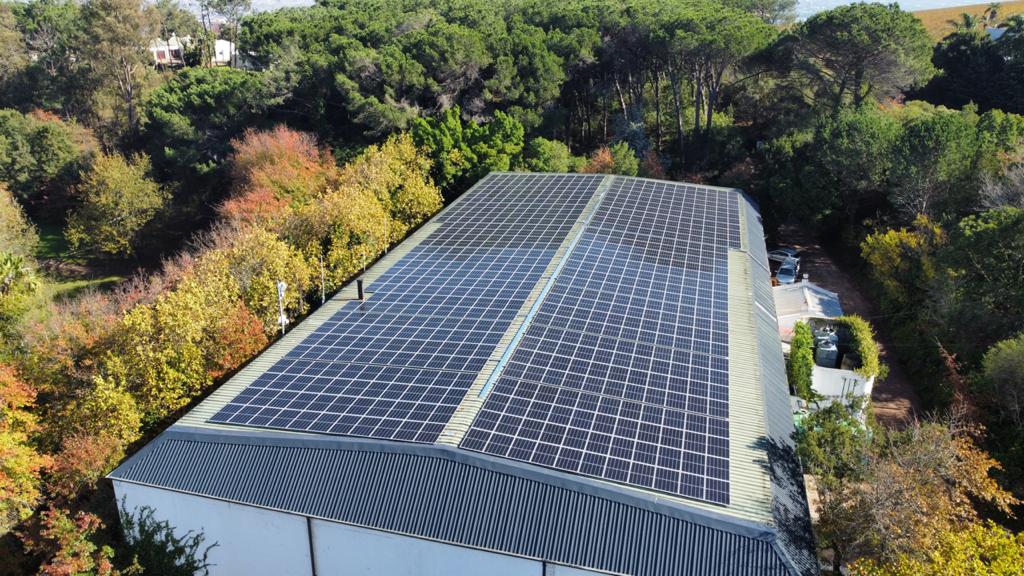 Not for sale to persons under the age of 18. Dismiss

Shopping cart
There are no products in the cart!
Continue shopping